Story. It's all there is. My Writing Process Blog Tour.

I am snatching the Writing Process Blog Tour baton from the fabulous Anthony Burt (and my hair does actually look like that). I met Anthony on twitter through the Golden Egg Academy, who welcomed me under their writerly wing when I was a little writing island, all alone. You can find his post here http://anthonyburt.com/2014/03/31/trigger-treat-your-way-to-the-creative-zone-the-writing-process-blog-tour/

So - on to the Four Questions.


What am I working on?

I am awaiting edits from my *new agents* for my debut novel BREATHING SEA, first in a YA speculative adventure series.

This is not a mermaid story, but to survive the journey—you will be BREATHING SEA.

And that's all I have to say about that.

In the meantime, yesterday, I started first-drafting the sequel. I am currently in a first-drafting whirl so please excuse me if I am a little manic. I've been planning this sequel since I started writing and am so excited, I have constant butterflies.
I have also written another unrelated YA ghostly mystery, now shelved as an early draft whilst I concentrate on the trilogy. Yes. I know - I write quick. But it takes a lot of work for it to be good.

How does my work differ from others in its genre?

BREATHING SEA isn't really tied to a particular genre so I pitched it with that rather vague 'speculative' tag. Half of the novel is set underwater but there are no mermaids. It is not fantasy, more soft sci-fi. Also, despite it being post-apocalypse it is not dystopian. I'm good at saying what it isn't, aren't I? My story is one of a new start, in a world wrought with perils but ultimately hopeful. There's themes of racism and bigotry, truth and deceit and the testing of how far you will go, for the ones who mean the most.

And there are killer crabs and other critters. And sad things happen. And there's first-love at it's rawest.

My style is fast paced with lashings of tension but never at the expense of character (I hope). I don't want my readers to notice the writing too much, I strive for full immersion. I am not into fancy tricks with point of view or punctuation. Probably because I wouldn't know how do them anyway. One (very nice) agent rejection described my style as filmic and compulsive. When I heard that, I felt like I was getting to where I want to be.

Why do I write what I do?

I wasn't a writer before this book. It all started when I was driving to work and had the idea. I started discussing feasibility with my science-teacher husband who liked the idea. In November 2012 I thought I'd give novel-writing a go. I wasn't very confident but I had nothing to lose. My only qualifications were a English Lit degree from 16 years ago and a love of reading. During early drafts I read a pile of novel writing books recommended by favourite authors. Ordered here with my favourite ones at the top. I handed my work out to people at early stages and listened to everything they had to say. More on that later.


The setting for BREATHING SEA comes straight from my experiences scuba-diving in Thailand and Egypt. Especially night dives, cave and wreck dives. It's been a while since I dived but I have a great memory. I love the sea and live within sight of it now (although it's never so cold and grey in my story).

I'm writing YA because I think I'm still half a teenager. I certainly hate getting up in the morning and tidying my room. I certainly like drinking too much and staying up too late.
I remember the angst so clearly, especially in those first relationships where a glance from *him* can send you into a swoon for weeks. I don't want insta-love in my novels, I want to express what it really feels like to be a young person on the cusp of everything.

I actually married my boyfriend Billy, who I met in sixth form, but we had four years apart first, including living with different (very unsuitable) people.

How does my writing process work?

I have fun. Writing isn't arduous for me (maybe because I'm new?) and when I'm tired of it I play guitar badly and sing loudly. I watch TV as a treat - not every night - too busy writing. I feel privileged every day to have found something I adore doing.
I write quickly and I write a lot. And then I change it a lot. I write anywhere, anytime, usually on the end of the dining room table surrounded by lego and colouring pens without lids (first one to tell me where the lids go get's a prize). I have a three day a week teaching job and two sons, 6 and 4 years old so am often interrupted with 'I can't find the end to the sticky tape' or more worryingly 'Oscar's climbing in the fridge'. I don't need anything special to write. Certainly not peace and quiet. I don't really need to get in a zone either (maybe I'm permanently in the zone!) if I do need inspiration I browse through my novel inspiration Pinterest boards or listen to a playlist I've compiled for a particular character.
So when I start a novel, this is how it goes:
1. I think about my characters continuously but I don't write much in the way of character sheets - they find their personality and unique voice through their actions and dialogue in early drafting stages. I get a lot of my ideas driving. Which is inconvenient.
2. I plot. I outline over and over. I use the 3 act structure, heroes journey, screen-writing beat sheets to test my plot out. I need the security of knowing where I am going, that the story is structurally sound.
3. I block it out scene by scene in Scrivener - which is the perfect tool for the way I work. By blocking - I mean I write the action and snatches of dialogue. It ends up at about 5000 words. Then I build on this a little.

4. First draft. With BREATHING SEA it was a wild unleashing of creative energy. It took 5 weeks. I could not stop typing, sometimes clocking more than 5000 words on my days off, terrified that the amazing inspiration would disappear if I took a break. I would I like to think I've calmed down a little now. 2 or 3K words a day hits a sweet spot without brain-fry or eye-bleeds. I hunker down with my precious until first draft is finish. It's exhilarating.
5. I revise and edit roughly, just enough for my first readers. I like to send to readers in batches of 3 or 4, then I ply them with wine and delve into what they really thought, demanding brutal honesty. I compare and compile their comments and revise.
6. I revise and repeat with more readers. Gradually the revisions turn into edits turn into tweaks turn into polishing.
7. I work at it and try not to cling to my darlings. It isn't always easy. The draft that landed me an agent was draft 14 and had just been subject to a massive darling-killing rewrite. I started from scratch on huge sections and it was daunting, but the story needed it and it's all about the story. And I knew the characters so well it was easy to write them. It took me 4 weeks.
If it isn't right, no-one will read it and I want to be read.

Story. It's all there is. You can even have it tattooed on your wrist to remind you. If you're a bit weird like that.

End of my writing process! If you want to follow my first draft craziness I'm @antonialindsay0 under the hashtag #firstdrafters.

I'm now handing over to two authors I met through twitter and the wonderful #ukyachat. 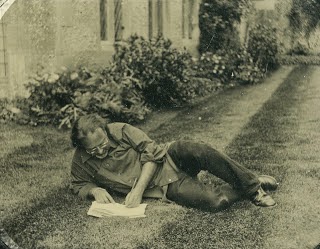 SF Said's first book, Varjak Paw, won the Nestlé Smarties Book Prize for Children's Literature.  The sequel, The Outlaw Varjak Paw, won the BBC's Blue Peter Book Of The Year.  His new book, Phoenix, was nominated for both the Carnegie Medal and the Kate Greenaway Medal.  Like the Varjak Paw books, it is illustrated by Dave McKean and published by David Fickling Books.  SF Said is based in London, and currently working on his fourth book, TYGER.
Please find SF's writing process post here on the 14th April 2014: http://www.sfsaid.com/

Joshua J. Johnson currently lives in England with a serious case of wanderlust and a wardrobe full of books. He started writing as soon as he discovered that book didn't randomly appear, and that they were actually written by people. After growing up writing short stories by hand for his brother and his family-- including a weekly family newspaper-- he created a blog where his writing has been captivated, treasured, and enjoyed by thousands of people in nearly eighty countries around the world. He is now the proud author of 6 published books, including BONES OF THE SURFACE, SOULLESS, THE SWEET LIFE, THEIR TIME TO GO, THE DIAMOND HOTEL, and TO BE AN UNKNOWN, as well as several other upcoming novels.
Please find Joshua's writing progress post here on the 14th April: http://joshuajstories.wordpress.com/

Posted by Antonia Lindsay at 00:52